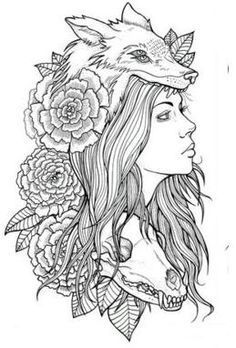 It’s been a terrible week of world news. Terrorist attacks on a mosque in New Zealand, Israel launching air strikes at Palestinians in Gaza, a plane crash, refugees denied asylum at the U.S. border. I feel the heaviness and also I know I’m okay. I’m infinitely blessed and comfortable. I know this, but it doesn’t make me happy in light of the greater global sorrows. This poem, I hope, speaks to that. It’s personal. It’s a microchosm. But it’s also about the larger collective effort of rising and staking claim.

What do I know of triumph, anyway? I
spent the summer sweating in
an oversized sweatshirt to hide
the shame of my traitorous torso
when I should have flown
my name like a banner, like a kite — not
a child’s toy, but a bird of prey. This

is how we arrive at lambing season. Innocent
of wolves. Not unaware that they exist
but that we could be them. What is so great
about being a lamb? A frisking thing
in a green field, the breath of spring.
But the lamb is to the slaughter. This
was always the plan. Spring becomes

summer, lambs become sheep, girls
in oversized sweatshirts endure
a season of teasing and that is the portal
to adulthood. Arms crossed protectively
over breasts, over organs, over dreams
that would spool out red and wet
and shameful at the slightest jab. Be

not the jugular but the knife, be
not the pasture but the lifting wind, be
not the child’s toy but the bird of prey.
Don’t go quietly to slaughter but
pummel the drum of the dream, sound
the siren, come to battle with wings
wide, you fierce angels of mercy.

My last performance of "Sweetheart / Bitter Heart" as part of @avlfringefest is tonight, 9pm at Sly Grog. There will be party favors. 📷 by @ellenjperry
At @avlfringefest! 📷 by Lockie Hunter
#Repost @ryanbproductions (@get_repost) ・・・ Such a fun interview with @alli_marshall last night on Asheville Heartbeat Radio Show!! Make sure to check out her performance this weekend at Asheville Fringe Arts Festival! 😎 #avl #wnc #the828 #828isgreat #fringefestival #radioshow #ashevilleheartbeat #wpvm #TeamBarber
Brickyard Blues in Atlanta. 📷 by Brad Nathanson