I don’t have a strong feeling one way or the other about new year’s resolutions. I am (perhaps annoyingly) one of those people who sets goals and doggedly works toward them. I don’t always achieve what I set out to accomplish (mastering salsa dancing, learning to crochet, speaking fluent French), but I have started an exercise routine in January and kept it up for five years, so.

This is not about my tenacity, however. It’s about how I went to a birthday party years ago and heard a really cool woman explain how, instead of resolutions, she makes slogans. Simple things like, “TCB” (Taking Care of Business, for the two non-Elvis-fans on the planet) or “Dance My Ass Off” (for those who are better at salsa than me). The point is just to come up with a tagline for what you hope the year will bring. Something fun and punchy, but also personally motivating. END_OF_DOCUMENT_TOKEN_TO_BE_REPLACED

Your new book, Wanted: Green Card, is inspired by a painful personal experience. Why did you decide to go public with the story?

Latoya Brown: I decided to go public with this issue because there are a lot of other women who will not. They are hiding in shame from a failed relationship; many of these ladies did indeed help their mate to their home country and they abandoned them not long after receiving the green card. Also, sharing this story is a part of the healing process to moving forward — for them and for me.

How did the process of writing help you to heal?

I am very candid in my blog and in the book — nothing is held back. In this experimental presentation, you can read the book and chuckle at me begging to stay with a person I was carrying financially, or empathize at the fact that he was plainly obvious in his goals of being a user.

As I share all the details in my blog, and the words flow from the pecking of my keyboard I hope that I am reaching other ladies in order to warn them of what could happen.

In your book blurb you point out that “marriage fraud is an international issue that is growing momentum.” Why is this problem on the rise?

The problem is on the rise because of the Internet. Most of the romances start on Facebook or somewhere online and with that technology the men can then reach across the ponds to their new targets and shower her with all kinds of faux love.

What do you hope readers take away from your book?

I hope that the readers will take away empathy and also a pocket full of awareness.

What did you learn about yourself while working on this project?

I learned I don’t like bullshit. I may be distracted, but I do recognize b.s. when I’ve said “I do” to it. And once I come out of that fog I will continue to be phenomenal and continue on track. I think during that relationship I was on track, but slowed down tremendously because of partnering with a mate with bad intentions who was trying to convince me it was sunny while it was raining.

Self published because my story could not wait on approval from others to get it out to the public.

What are you currently working on?

The project I am focused on right now is my organization, International Wives of African Men. It has become a support system for many ladies to showcase the negative and the positive of being in a relationship or marriage. 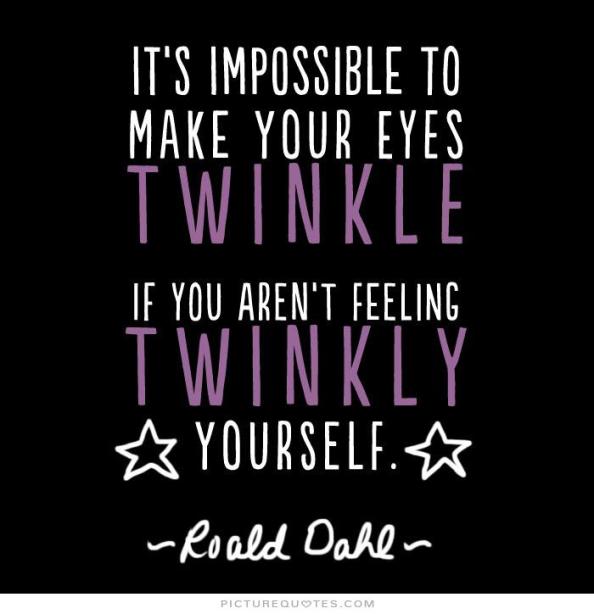 I’m working on a series of linked short stories around the theme of travel in India. I recently came across this essay that serves as a sort of jumping-off point for the short stories.

Most people on planes and in the bleary pre-dawn of airports are fine with anonymity. With remaining strangers. Not Celeste. She adopted Mom and me somewhere between de-boarding and baggage claim. “Watch my stuff,” she said, and we did while she ran into the bathroom. It was still most of a year before 9/11. You could watch a stranger’s bags. And Celeste was instantly familiar.

“I’m not going back to the United States until George Bush is out of office,” she said on the way through Customs. He’d been in office for less than a week. I still felt the shock waves of his election. Clinton was the first president I’d been old enough to vote for. I naively thought the optimistic flush of the ’90s would continue Indefinitely.

But Celeste wasn’t interested in giving the new president a chance. She had a shaved head, a septum ring and a full-sleeve tattoo. “That’s cool,” Mom said, nodding at Celeste’s arm. “Maybe I should get one.”

I wasn’t sure if that was true. There were people in India who lived on far less. People who lived in boxes, drinking dirty water and eating scraps, ephemera and dust. I’d taken a trip to India seven years earlier and had gone six weeks with $200 in traveler’s checks. It was stressful, but everything about being young and stupid and 12,000 miles from home was stressful.

Celeste, in her gold harem pants, teal tunic and giant hoop earrings, looked like she stressed over very little. Plus, she told us, she was meeting friends in a few days. Her friends were in India studying contortions and tightrope walking.

“So basically you’re running away to join the circus,” I said. She shrugged. We collected our backpacks from the luggage carousel — I still had the pack from my college trip. I’d imaged becoming a world traveler after college, but then I found out how much a round-the-world ticket cost. I realized that being college-broke was nothing like being real-life-broke. Instead of flying to Nepal or Kenya, I got a job and a housemate and a dog. I wasn’t exacly selling my soul for the American dream, but I sure wasn’t running away to join the circus.

Celeste reminded me of how wild I wasn’t, but Mom saw her as one of us. Celeste was a shaven-headed, tattooed, harem pants-wearing exPat, so therefore Mom was, too. Why not? “Do you want to share a cab?” Mom asked our new best friend.

“Of course you can,” Mom said. “I can see them from here.” It was true, they were lined up outside baggage claim, just beyond the doors. Drivers in turbans, drivers in sweaters and flip-flops. There were motorcycle rickshaws, bicycle rickshaws and Ambassador cars. But what I knew that my mother didn’t know was that the moment we walked out of the airport, we’d be descended upon. We’d be mobbed and grabbed and and shouted at. Our bags would be snatched from our hands and thrown into one cab or another. Maybe different cabs. The drivers would promise cheap rates, special deals, and tours of places we didn’t want to tour. And despite our best intentions to be resolute, we’d be led like idiot children. The confusion would be compounded by our jetlag.

“We need a plan,” I said. “We need to know where we’re going and how much we want to pay.”

Celeste and Mom both looked at me expectantly.

“We should go to the old city,” I said, only because that’s where I stayed before. In the Navrang Hotel, a dreary, multi-level place that used to be a prison. All of its rooms looked into the same concrete courtyard, voices ringing in the central space all day and night. The truth is that I couldn’t imagine my mother in that dive of a place, with its bucket shower and squat toilets. But I hadn’t stayed anywhere nicer. I looked in my guidebook for a hotel nearby, something with a balcony and a Western toilet. I picked the Hotel Ganesh, and we all repeated the name like a safe word.

Somehow we got a cab. Our bags were ripped from our hands and tossed into the trunk of an Ambassador. I continued to chant “Hotel Ganesh! Old City!” Until our bearded driver eased away from the airport and into traffic.

It was four in the morning. Delhi was a blur on the horizon, a haze of light pollution and smog. It welcomed us with a cool shrug. January in northern India, it turned out, was chilly — too cold for sandals and the thin pants I was wearing, even though I’d obsessed over my outfits for weeks. I’d just assumed it would be hot. Celeste had sweaters in her bag because she’d packed for going everywhere, forever. But Mom and I were only traveling for three weeks which. At four a.m., from the back of an Ambassador cab careening into Delhi’s sleeping guts, three weeks seemed far too long.

On my first trip to India, which was also my first trip out of the U.S., I existed in a sort of culture-shock-panic-attack-uphoria. Everything was simultaneously wonderful and horrible. The madness of the market — sari silks, butchers, flower sellers, tea stalls, accountants, motor parts, tailors. Everything you could need, and all the brutality and beauty of the world concentrated and sped up. I smiled at cows decorated with marigold garlands and startled at beggars distorted by leprosy. Cute children pleaded for coins, but if I gave them one, an insatiable mob suddenly emerged from out of nowhere, grabbing at my clothes and clawing at my purse.

It took years to get over India, to dare to go back. It was my mother’s idea to take the trip together. Our sometimes-strained relationship improved with her offer to pay for the plane tickets.  She wanted to go, and she thought I could be her tour guide.

I quickly realized that the India I’d first visited had vanished, morphed into a different India. All the streets had shifted. The small places I’d visited before had gone and new places appeared in their wake. Of course the big places were still there. The famous places: The Taj Mahal and the Red Fort. The Kamasutra temples and the Palace of the Winds. But the sandal sellers, chai wallahs, noodle shops, and flower peddlers I remembered were nowhere to be seen.

The Navrang Hotel had disappeared, too. At least I never saw it again. I also never saw the Hotel Ganesh. Instead, our taxi pulled up to the Ganesha House. “I don’t think this is right,” I said.

“But it’s not the Hotel Ganesh.”

I was pretty sure it wasn’t, but Mom and Celeste were already getting out of the car.

“I just want to get some sleep,” Mom said, wandering toward the front door. It was dark, and locked, but with some banging a sleepy clerk let us in and looked half-heartedly at our passports. We were given two rooms.

The cold was pervasive. Instead of sweating in long skirts, Mom and I shivered under a thin blanket on our shared bed. In the morning, which came soon, we could go to the market and but sweaters, shawls and socks. Whole new wardrobes for a few American dollars. That part of India still existed: everything, almost all of the time.

But in the weird in-between, in the dark chill and absence of everything familiar, we waited for sleep that didn’t come. We waited for the light that would carry us into the next world — maybe a market, maybe a temple, maybe a circus full of runaway ex-pats.

A special two-for-one announcement from my publisher, Logosophia Books. Visit the website to take advantage of this fantastic holiday deal (and request How to Talk to Rockstars for a friend — because trust me, your friends want to talk to rockstars).